Welcome to Free Range Faeries ~ NEW BOOK Maple and the Crystal Cavern OUT NOW!~ You can visit my real shop The Ivy Cavern, Market Vaults, Scarborough, YO11 1EU

Welcome to my new blog! ~ The Celtic and Faerie Artwork of Kate Monkman 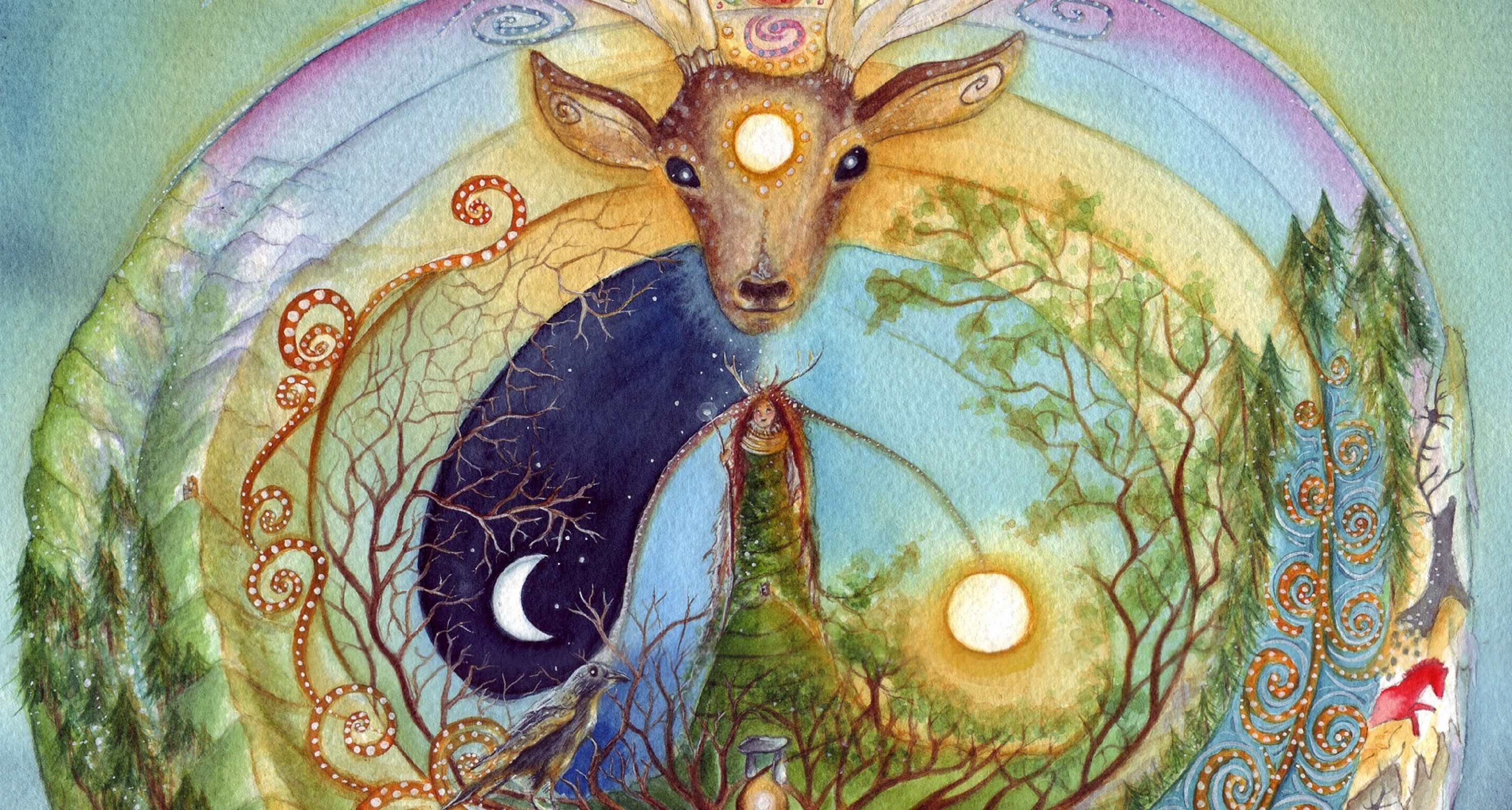 I thought it would be good to start my new blog by explaining the terms Faerie and Celtic a bit more and why I use them as when I first started painting faerie art back in 2004 the term faerie wasn’t that widely known and I had a few people inform me that I’d spelt  ‘Fairy’ wrong, thankfully the world of faerie has become a lot more popular over the years and most people recognise that it’s not actually a spelling mistake (though I am still very bad at spelling!)

The word ‘Faerie’ is the old spelling of fairy originating in France. I chose this old  spelling on purpose as I knew the fairies I wanted to paint were not your typical Disney type fairie, even though sometimes I am inspired to paint this pretty type too I felt something was missing from these depictions; the sweetness and light is  defiantly not the full story of the faerie! I also loved the Cicely Mary  Barker flower fairies as a young girl and still do but even back then I knew in my heart that there was more to the faerie realm than flower fairies, something much deeper. 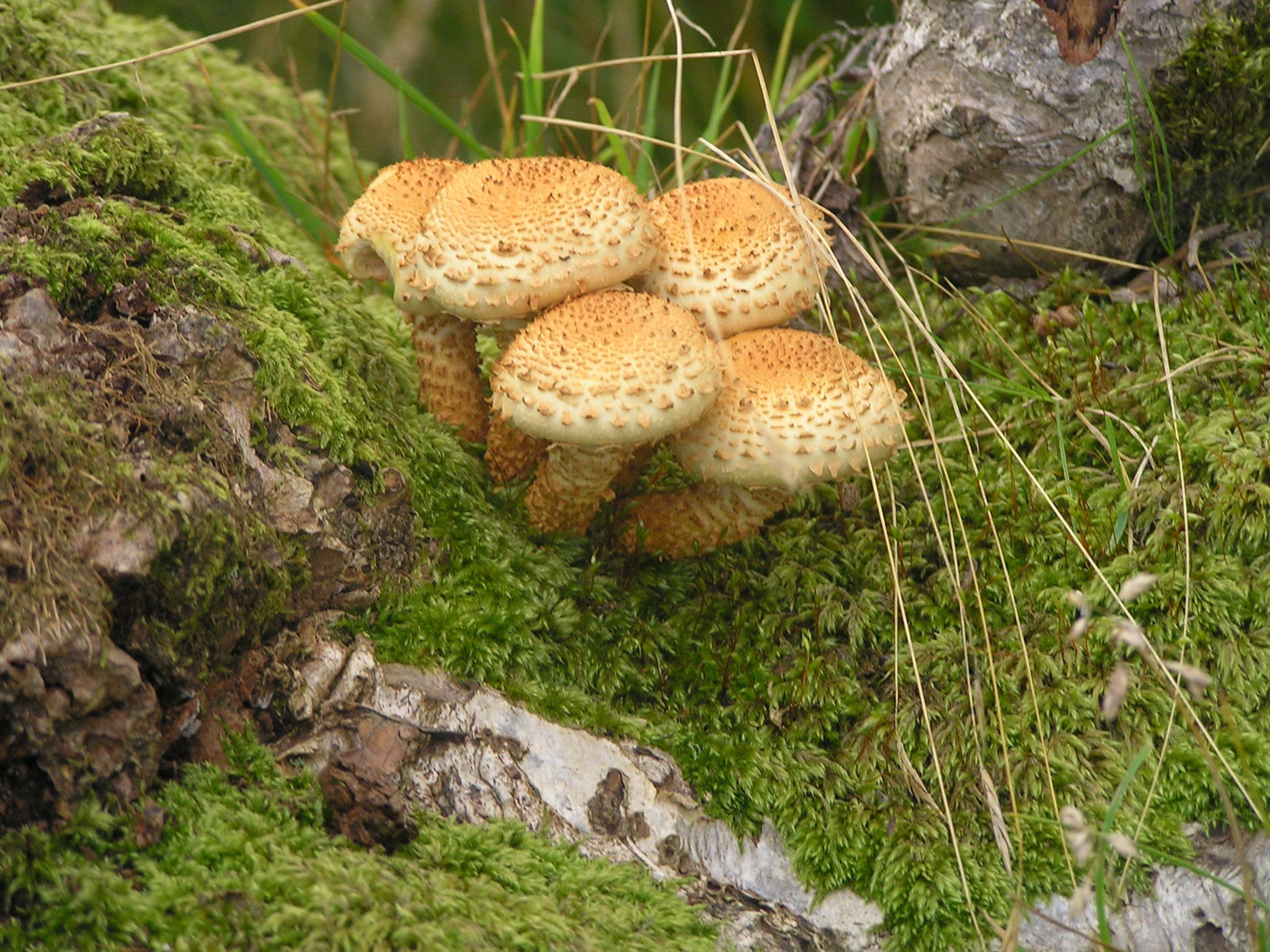 I couldn’t put my finger on it at first but I felt it down at the bottom of my garden when I stood by an old tree stump covered in bracket fungus and I caught a whiff of it if ever I was alone in the woods; that feeling of being watched and something else, something magical and otherworldly but just out of  sight. It wasn’t until I was 18 and someone showed me a Brian Froud book  and I thought ah ha that’s it, that’s the real faerie realm! His artwork always feels as if he has gained personal access to the world of  faerie and somehow brought back the photos!

After thinking I had  grown up and left the fairies behind back in my childhood suddenly all  the old magic and wonder was re-kindled and I began the journey to  becoming a faerie artist myself. Here is the one of the first faerie paintings I did back in 2004 ~ The Mushroom Maker. 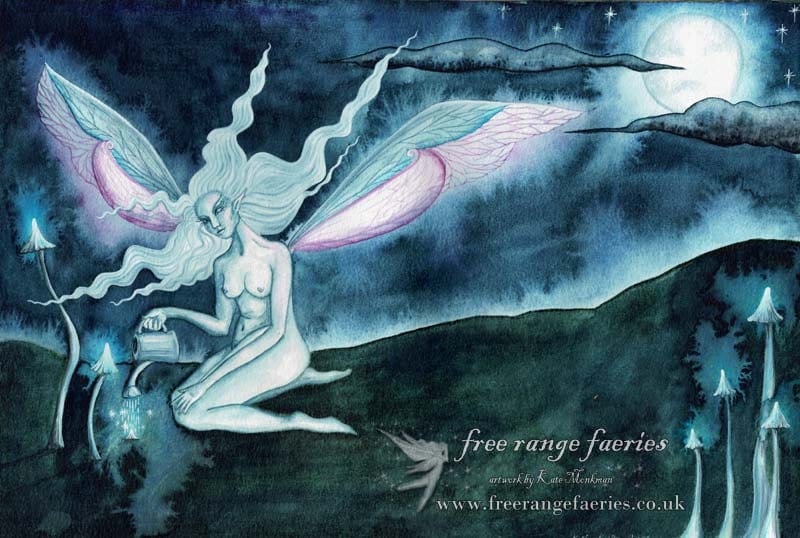 Perhaps the oldest mention of the fairies can be found as far back as ancient Greece with fae type elemental creatures such as Nymphs, Satyrs and Sileni being part of Greek Mythology, in Roman times there was belief in household guardian spirits such as Penates, Lares & Genii, the Norse version of these were the Elves and Disir. However It’s not just western countries that have these types of beliefs, all over the world tales can be found of small folk, nature and household spirits.

William Shakespeare (1564-1616) made fairies part of popular British folklore with the success of  Midsummers Night’s Dream but many years before Shakespeare Chaucer (1342-1400) had said that Britain was filled with fairies even before the time of King Arthur. Faeries appear widely in the Arthurian Legends with Arthur’s half-sister the sorceress and healer Morgan often being referred to as Morgan Le Fay – Fay means ‘Fairy’ and even Merlin was said to be only half human, stories of couplings between humans and the faerie folk are riff throughout history in many different cultures. 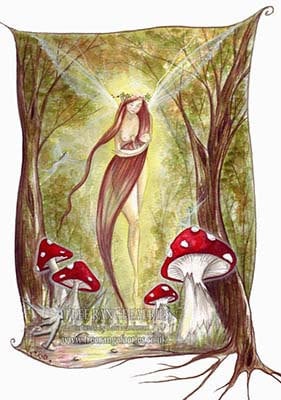 In his 2005 book ‘Supernatural’ Graham Hancock argues that these experiences and meetings with supernatural beings could have even older origins and  be linked to our evolution as spiritually aware creatures, he goes as far back as the prehistoric stone age art and links the fantastic and somewhat bizarre imagery found in sites such as Lascaux caves in France to contact between our ancient ancestors and these ‘beings’. 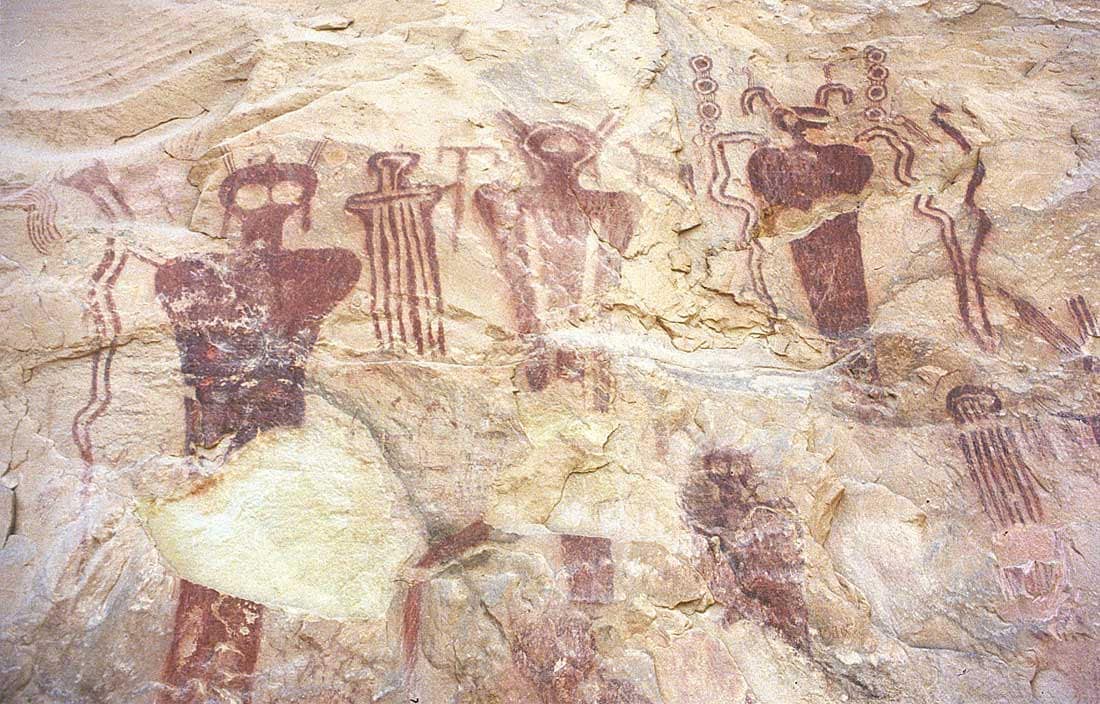 His evidence is convincing and he goes on to connect early folklore accounts of Faerie abductions and links them with modern day accounts of Alien abductions. Could these both be the same phenomenon just told through different cultural spectacles? both do have uncanny similarities, with the accounts of faerie and alien abductions often telling of a circle of fire/lights, losing time, meetings with many small creatures with large elfish/almond eyes  and both tell tales of babies being born of both human and ‘other worldly’ origin.

Whatever your beliefs there does seem to be more to this realm than meets the eye and my mind will always stay open to the many possibilities. My own personal belief is that the faerie realm is nature itself as I believe everything is alive and has an essence or spirit and this is what tries to connect with us if we  allow it to; the tree’s, plant’s, flowers, rivers, mountains and even  the rocks all have a spirit. 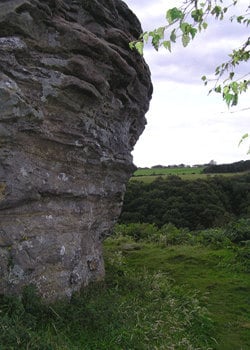 This belief is felt strongly in the  Celtic tradition and since moving to Wales in 2011 I have found myself strongly drawn to the Celtic world, it’s sometimes as if the landscape itself whispers the old stories and the images seep into your bones. Since  moving here I have been reading the Celtic myths and stories and  learning all about the different deities and this is becoming a big influence on my artwork. 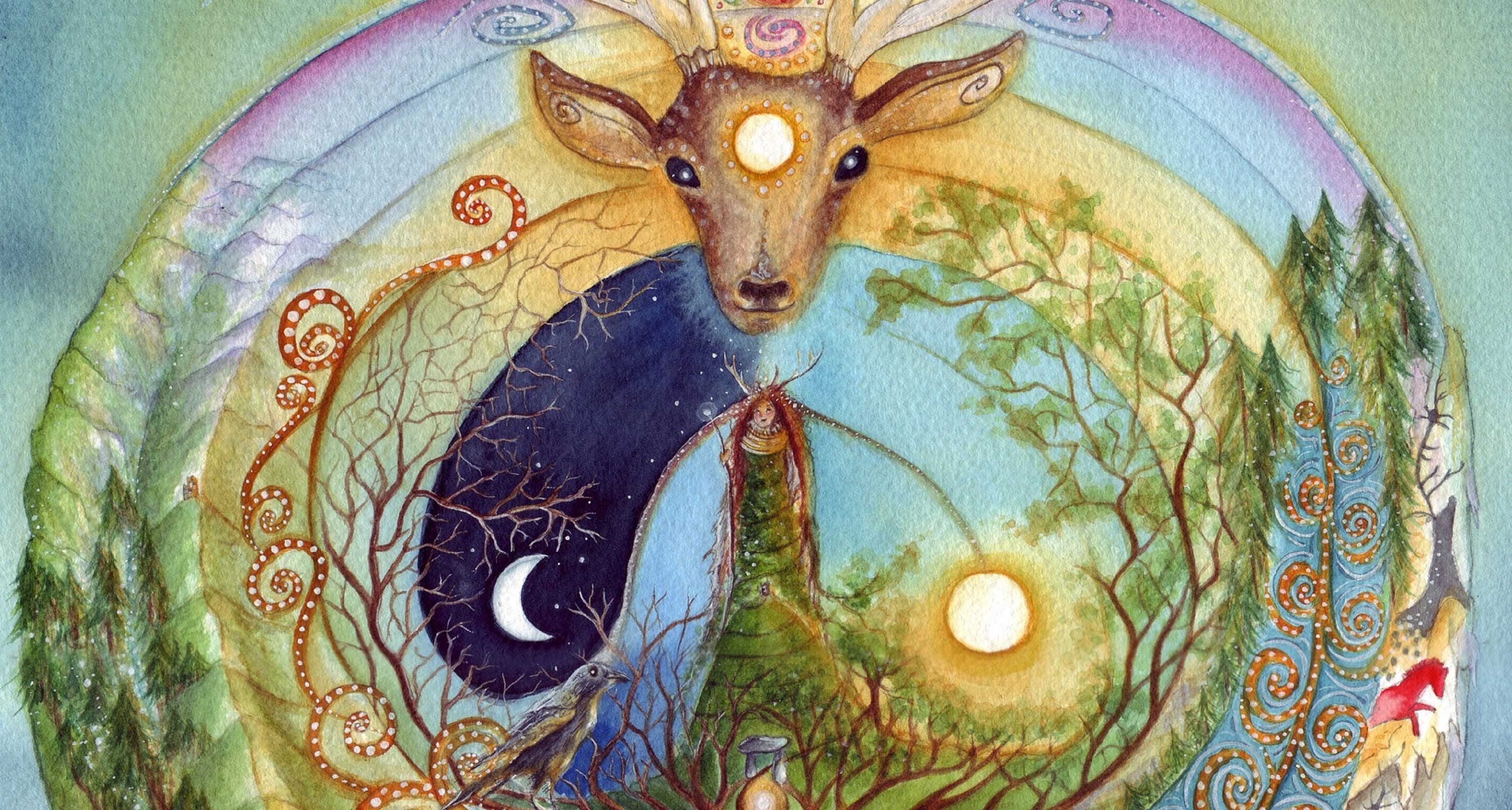 I feel so much when I’m out in nature that’s where most of the ideas for my paintings come from, I do sometimes wish I was more knowledgeable as I do have bookshelves full of everything from  mythology, Celtic magic,  Shamanism, herbalism, druidism, paganism and the faerie realm and I do plan to sit down and read them all one day (honestly!) but a lot of what I paint just comes from my intuition, feelings I get when I’m out in Nature and my dreams, I will skim read bits that I’m really interested in and heaven forbid sometimes I even get through a whole book! I feel it can be just as important and benificial to get out in nature and make the connection yourself and see what secrets will be whispered in your ear 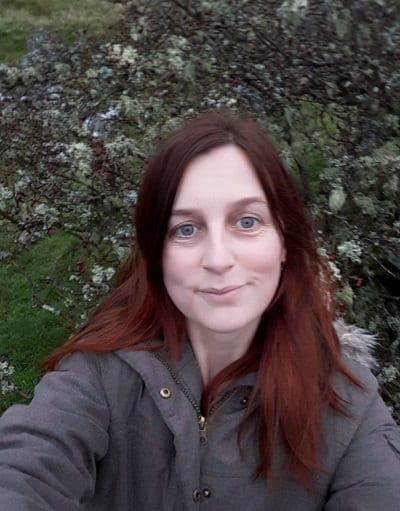